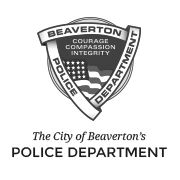 You will need to enter your citation number and your pin number which appear on your citation to be able to view the available images/video.

The goal of Beaverton’s photo enforcement program is to increase the safety and quality of life in Beaverton by reducing incidences of two of the most dangerous violations: red light running and speeding. Disobeying a Traffic Control Device (ORS 811.265) and Violating a Speed Limit (ORS 811.111) are both violations identified as primary crash contributing behaviors. The city partners with our vendor to monitor four intersections within the city for red light and speeding violations and to monitor surface streets for speeding violations utilizing advanced digital photo enforcement technology. 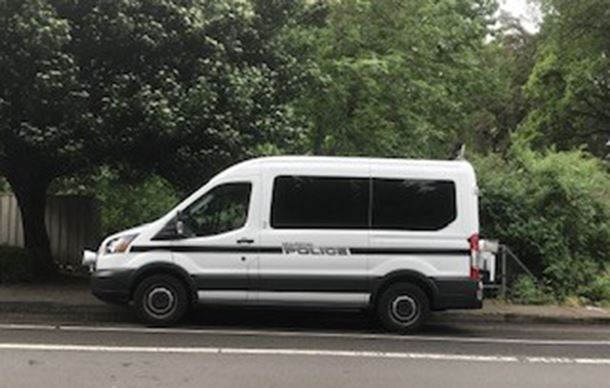 Photo speed enforcement is accomplished by utilizing state-of-the-art digital technology photo enforcement vans. The photo enforcement vans are plainly marked with Beaverton Police graphics indicating their mission and are staffed by photo enforcement officers on a rotating schedule. Deployments are scheduled and made based on complaints, community member/neighborhood requests, traffic flow/crash data, and officer input. When the van’s equipment detects a vehicle approaching faster than the posted speed limit, it will generate a “photo speed incident.” After the images of the vehicle, driver, and license plates are approved by the officer, they will be downloaded, screened by our vendor, and a citation will be mailed to the registered owner of the vehicle.

Our photo enforcement programs have helped reduce the incidence of primary crash contributing behaviors, while at the same time freeing up our traffic officers to work other traffic safety issues.

The most obvious problem is that police officers cannot be everywhere at once. It is simply impossible for officers to continuously monitor an intersection with the uninterrupted focus of a photo red light camera. Another important consideration is the potential danger associated with police officers following red light runners through heavily congested intersections. The pursuit of red light runners can pose a serious risk for motorists, pedestrians, bicyclists, and police officers. Assuming it was feasible to safely enforce an intersection, it would take at least three full time officers to enforce an intersection for one shift and this cannot be maintained 24 hours a day, 7 days a week. Obviously the cost would exceed the City’s opportunity to responsibly enforce one intersection using traditional methods. Photo red light enforcement is safer and more efficient and cost effective than traditional methods of intersection enforcement.

All equipped intersections are fully signed indicating they are photo enforced. Violations are captured ONLY when a vehicle crosses the first line of the crosswalk and enters the intersection AFTER the signal has turned red. Violations are screened by our vendor to ensure they meet city standards. Citations are authorized for mail delivery ONLY AFTER they are reviewed and digitally signed by a Beaverton Police Department photo enforcement officer.

A 30-day warning period, allowing drivers with infractions to receive only a warning, was instituted between September 15, 2018 and October 15, 2018. A total of 3,593 warnings were issued. Issuance of citations for speeding violations was phased in on the following dates:

In 2018, prior to beginning the speed enforcement at intersections, the City conducted community notifications. This included press releases detailing intersection speed enforcement on Facebook, Twitter, Nextdoor, the City website and Flash Alert. BPD spoke to, and did interviews with, every major news station in our area, including radio. Each news station was provided a “press packet” which included safety data, technology data, roll out times, and more.

A trifold brochure was developed and is available in the lobby of the Beaverton Police Department for reference about the program. These brochures are also available to the public.

The City of Beaverton’s public information efforts were enormously successful. During our most recent polling, 94% of Beaverton Residents were Aware of the City’s Red Light Campaign, according to a community members survey.